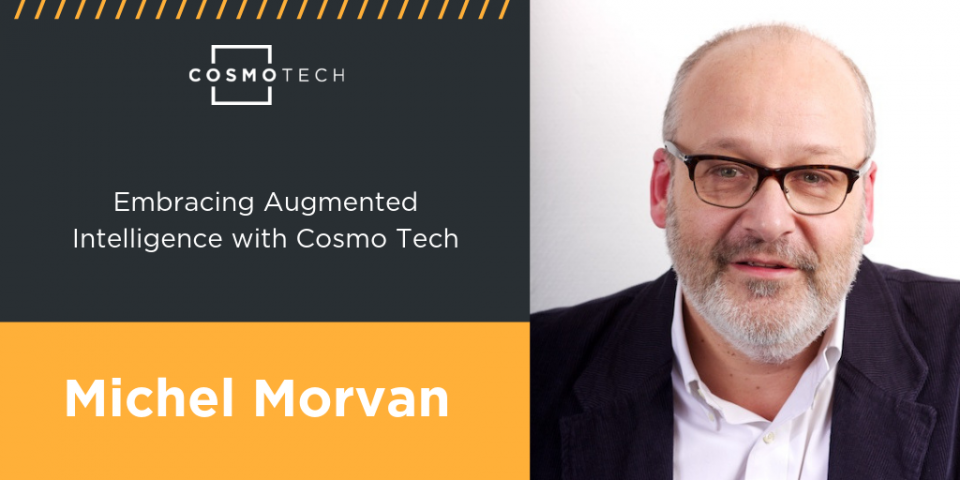 Morvan has become a thought leader in the field of augmented intelligence, which is the combination between artificial intelligence and human expertise. As businesses are increasingly realizing that they need to embrace digitalization, it’s hard to know where to start and what to do with the massive amounts of data that need to be sifted through and find value. Many are turning to artificial intelligence to extract what the machines determine is relevant. However, who are they the ones to decide? How can we be sure that they understand the meaning behind this data and why they are extracting it?

One thing that Morvan has always been passionate about is the fact that although there is value in analytics and automation, data is simply not enough, and we need to go further.

“Instead of a focus on removing humans from a decision-making equation, the focus is on providing humans with more and better information on which to base their decisions,” explains Morvan. “Through modeling and simulating the most complex of systems, by merging technological breakthroughs and institutional knowledge, and by connecting human intelligence with machine learning and artificial intelligence, this ‘other AI’ has the capacity to truly transform how we work and how we live.”

“The good news is, there are a lot of machines that have learned how to reason, and they are here,” he says, pointing to the audience. “Human beings are able to do that. So today, this question of augmented intelligence is a very important aspect. At Cosmo Tech, we are mixing on one hand, the artificial intelligence when we need, and on the other hand, we are able to encapsulate the expertise of different experts on different subjects.”

Morvan understands the importance of having a diverse repertoire of experts in order to find the most optimal solution, as no one person knows everything. By putting the knowledge into a model, Cosmo Tech is able to run simulations and “what-if” scenarios that show what may happen. Those models are then included into our software solutions, allowing decision makers to make the most optimal decisions in very complex environments applied across their networks for a variety of sectors including electricity, gas, nuclear, water, rail, and mass transit.

Despite its limitations, Morvan does believe in the power behind artificial intelligence, but he also believes we need to keep the human factor and embrace Augmented Intelligence.