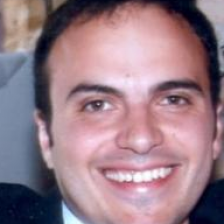 Alexander has more than 15 years of experience in analytics and is currently Head of Quantitative Research and Advanced Analytics at IHS Markit.

Prior to joining Markit, Alexander has worked as a Founder of Global Graph Analytics – a company focussed on dynamic scenario analysis, and as a Senior Advisor to Risk Dynamics – a risk advisory arm of McKinsey & Company. Previously he was Director of Risk Models in the Royal Bank of Scotland, where his responsibilities included development of the stress testing methodologies and credit models, and Fixed Income Structurer for a front office desk. Before joining RBS, Alexander was in charge of the Basel II/III and stress testing project for the European Investment Bank (EIB) and the European Investment Fund (EIF). He participated in the engineering of both the EFSF (European Financial Stability Facility) and the ESM (European Stability Mechanism).

Alexander has a degree in Mathematical Finance from University of Oxford where he is still a Visiting Lecturer on Bayesian Risk Management and Graphical Modelling. He also holds an MSc in Physics from University of Rome with a focus on Artificial Intelligence. He wrote several papers and two books on topics ranging from stress testing and scenario analysis to asset allocation through Machine Learning techniques. Alexander has often thought leadership engagements in conferences, journals and global fora.

Alexander joined IHS Markit in 2016 to create a Quantitative Research & Advanced Analytics team with the mission of maintaining a centre of excellence where new original solutions and products based on Machine Learning and Artificial Intelligence are devised.