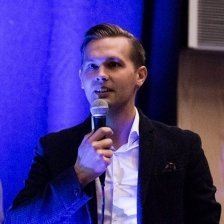 As head of AI tech, architecture and data science for H&M, Errol is currently working on overseeing the AI ​​projects run at H&M and coordinating and developing the AI ​​function. Prior to H&M, Errol worked as a Director of Data Science for ThinkBig Analytics, a Teradata company where he was responsible for a team of 25 data scientists placed in major projects across the Nordic region, Eastern Europe and Russia. Prior to that he was in London as a Lead Data Scientist for the Vodafone group but he originally started his career at Nordea where he spent about 10 years in various roles.

You can find Errol Koolmeister speaking on...

Panel: AI in retail and ecommerce

Any cookies that may not be particularly necessary for the website to function and is used specifically to collect user personal data via analytics, ads, other embedded contents are termed as non-necessary cookies. It is mandatory to procure user consent prior to running these cookies on your website.