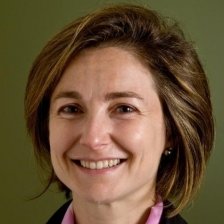 Hélène works in the Innovation Group where she leads Europe, Middle East, and Africa (EMEA) activities for the Wells Fargo Startup Accelerator and works closely with various lines of business in the region to drive innovation. As part of her role, she identifies key next generation startups for the bank and plays an active role in EMEA’s startup ecosystem. She is the key point of contact in working with venture capital firms, startups, and other accelerator and incubator programs in EMEA.
Until recently, Hélène was part of the Wholesale Cross Border Governance & Strategy Group where she led strategic initiatives for EMEA, including Wells Fargo’s Brexit plan.
She joined Wells Fargo in 2005 in San Francisco to focus on customer satisfaction and loyalty in retail. In 2008, she moved to Wholesale Banking where her team provided strategic planning support to the Commercial Banking, Commercial Real Estate, and the Corporate Banking Group. During that time, she was also part of the merger core team running the Wachovia merger integration.
Prior to joining Wells Fargo, she worked for Accenture and McKinsey in Paris. She holds a master’s degree in business from École Supérieure de Commerce de Paris (now ESCP Europe), and an M.B.A. from Northwestern University in Evanston, Ill.
Based in London, where she lives with her husband, Hélène is also a Director on the Board of British American Business where she represents Wells Fargo. In her spare time, she is an avid dressage rider.