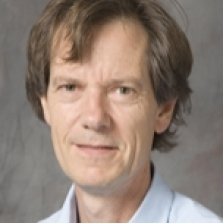 John Shawe-Taylor has contributed to fields ranging from graph theory through cryptography to statistical learning theory and its applications. However, his main contributions have been in the development of the analysis and subsequent algorithmic definition of principled machine learning algorithms founded in statistical learning theory. This work has helped to drive a fundamental rebirth in the field of machine learning with the introduction of kernel methods and support vector machines, driving the mapping of these approaches onto novel domains including work in computer vision, document classification, and applications in biology and medicine focussed on brain scan, immunity and proteome analysis. He has published over 300 papers and two books that have together attracted over 56000 citations.

He has also been instrumental in assembling a series of influential European Networks of Excellence. The scientific coordination of these projects has influenced a generation of researchers and promoted the widespread uptake of machine learning in both science and industry that we are currently witnessing.