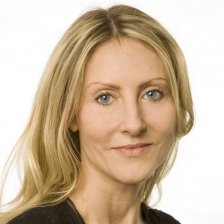 Verra is a dominant figure in the brand communication industry. She kicked off her career in some of London’s most successful advertising agencies including M&C Saatchi, Leo Burnett and Sapient Nitro where she worked on blue chip clients including Kellogg’s, NatWest, Sainsbury’s and Sky

Since joining Wavemaker (MEC) six years ago, Verra has successfully diversified the type of award winning work the agency produces for clients, resulting in numerous APG Creative Planning Awards and scooping 19 golds for Wavemaker (MEC) in 2017, including a second D&AD Pencil, a first for a media agency.

Verra is a high profile thought leader and influential figure in the communication industry.  In 2017 Verra was named a top 10 Strategist by Campaign and speaks regularly at events for organizations such as MediaTel and Magnetic. She was also chair of the entertainment jury at Eurobest in Rome.