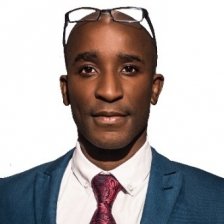 A serial entrepreneur with 13 years of experience in building and selling tech start- ups. William has exited his last three companies: the latest, MyCityVenue, was acquired by Secret Escapes in 2015 after which he went to study artificial intelligence and robotics. While at university, William was credited with creating the World’s first Artificially intelligent robot librarian.

As an inventor-entrepreneur he devised several patents on driverless vehicle technology, including drone delivery systems such as SkyHighway. After nearly two years at Aberystwyth University and then finishing off his training with NVIDIA’s Deep Learning Institute, William built a team of engineers and scientists to found the Academy of Robotics. William is already considered one of the leaders of the UK autonomous car space with regular appearances on TV, press and government panels as an industry expert.

You can find William Sachiti speaking on...

Teaching an autonomous vehicle to navigate better than a human