A ‘micro’ trend is more than a ‘fad’ but less influential than a ‘macro’ trend. Mark Penn, who coined the term, referred to microtrends as “the small forces behind tomorrow’s big changes”

Artificial intelligence, machine learning and blockchain are all macro trends that will persist beyond 10 or 20 years. Microtrends typically last 3 to 5 years before being replaced, or becoming implicit as a result of widespread adoption. An example would be the application of a specific AI technology to a common use case, one which eventually disrupts an entire market horizontal or industry vertical.

Based on 490 interactions with ‘Applied AI’ startups (22% of all Forward Partners’ leads in 2017) and examples from our own portfolio, we share our observations as the leading early stage VC to predict the top AI microtrends over the next 5 years. 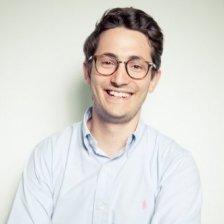