Presentation: Disruptive Technologies for the AI of the Future

AI is set to play a major role in spacecraft and robotic automation. Advances in machine learning have hugely evolved in recent years, but the computer processors these programs run on haven’t followed that trend. Neuromorphic processors unlike today’s computers based on von Neumann architecture, are microprocessors set in a brain-like configuration that have proven to hold the key to meet the demands of the AI of the future. Inspired by the principles of biological neural computation, neuromorphic computing uses new algorithmic approaches that emulate how the human brain interacts enabling a level of computational efficiency orders of magnitude superior than that of state-of-the-art silicon-based chips.

In this session, we will present some of the work the European Space Agency has been doing on exploring the use of Neuromorphic Processors and sensors, for applications like Planetary Landing and Robotic Exploration, Earth Observation and Telecommunications. 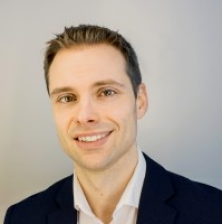 View Presentation: Disruptive Technologies for the AI of the Future

This website uses cookies to improve your experience while you navigate through the website. Out of these, the cookies that are categorized as necessary are stored on your browser as they are essential for the working of basic functionalities of the website. We also use third-party cookies that help us analyze and understand how you use this website. These cookies will be stored in your browser only with your consent. You also have the option to opt-out of these cookies. But opting out of some of these cookies may affect your browsing experience.
Necessary Always Enabled
Necessary cookies are absolutely essential for the website to function properly. This category only includes cookies that ensures basic functionalities and security features of the website. These cookies do not store any personal information.
SAVE & ACCEPT