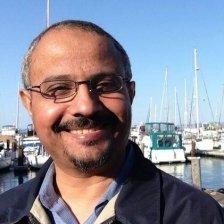 Ahmed Banafa has extensive experience in research, operations and management, with focus on IoT area. He is a reviewer and a technical contributor for the publication of several technical books. He served as a faculty several at well-known universities and colleges, including the University of California, Berkeley; California State University-East Bay; San Jose State University; and University of Massachusetts. He is the recipient of several awards, including Distinguished Tenured Staff Award of 2013, Instructor of the year for 2013, 2014, and Certificate of Honour for Instructor from the City and County of San Francisco.  He was named as number one tech voice to follow by LinkedIn in 2016.