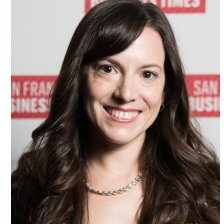 Until very recently Dr. Amy Gershkoff was the Chief Data Officer for Ancestry, which specializes in genealogy and consumer genomics. Previously, she was Chief Data Officer at Zynga. During her career, she has led the Customer Analytics & Insights and Global Data Science teams at eBay, served as Chief Data Scientist at WPP, and was Head of Media Planning at Obama for America, where she designed the campaign’s advertising and analytics strategy. Gershkoff was named one of America’s “40 Under 40” leading entrepreneurs, one of the Top 50 Women to Watch in Tech, and one of San Francisco’s Most Influential Women in Business. She holds a Ph.D. from Princeton University.