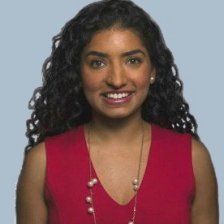 Anarghya Vardhana is a senior associate at consumer VC firm Maveron, where she invests in cutting-edge consumer startups commercializing technologies such as AI, 3D printing, and drones. Anarghya published a math theorem at the age of 17 that set her on a lifelong path in STEM. She previously worked in product management at several startups, including early-stage fintech and healthtech companies. She also worked at nonprofit Ushahidi, where she was a product manager and led user experience research across South America and East Africa. Anarghya also held various roles at Google, leading operational teams and focusing on international expansion of AdWords Express. She was also an investor at Rothenberg Ventures, where she focused on consumer, media, and frontier technology companies. At Maveron, Anarghya invests in companies navigating the intersection of cutting-edge technology and mass consumer experiences. She is a board observer for Booster Fuels. Anarghya holds a BS in Science, Technology, and Society from Stanford University. Her lifelong mission is to get more women involved in technology. Anarghya was named to Forbes 30 Under 30 in 2017.