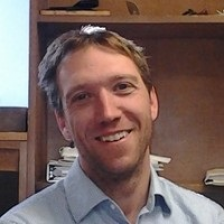 Dr. Arjuna Flenner is currently a senior technical leader in machine learning and autonomy at GE Aviation systems. He received his Ph.D. in Mathematical Physics in 2014 from the University of Missouri-Columbia. After graduation, he worked as a post-doctoral fellow at the Naval Air Weapons Station in China Lake CA. Following this fellowship, he became a research scientist for the Navy where he developed machine learning, image processing, and signal processing algorithms for a variety of systems. His work was recognized with the Delores M. Etter award as one of the Navy’s top scientists. His graph theory work was awarded a Society for Industrial and Applied Mathematics (SIAM) SIGEST award and a SIAM best paper award.

You can find Arjuna Flenner speaking on...

Panel: Keeping it Ethical in AI