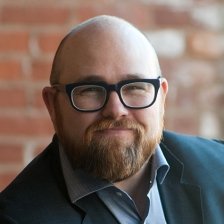 Charlie is co-founder and CEO of Losant. He is responsible for building partnerships, working with customers, closing deals, running operations, and any other business activities critical to the success of the company. Until recently, Charlie served as the sole sales leader on the team. Prior to founding Losant, Charlie co-founded Modulus in 2012, a Node.js PaaS, with Brandon Cannaday. The company was acquired by Progress Software in 2014.

Charlie has worked for more than ten years in the software development and platform space. He started by consulting at Sogeti where he completed projects for Procter & Gamble, General Electric, and other various companies. As a consultant, he built applications using a range of technologies, including PHP, .Net, Flex, and others. He then began working for Hyperquake, a digital agency, where he built applications for more than a dozen clients with Node.js, PHP, or .Net as the primary back-end with a touch of Ruby.

In addition to starting Losant and Modulus, Brandon Cannaday, Michael Kuehl, and Charlie founded a company in 2007 named Switch on the Code (SOTC). SOTC was primarily a content site for tutorials on how to create software with a variety of programming languages. The content was written in-house by the small group. In 2012 SOTC was acquired by Tech.pro for the content library and site traffic.