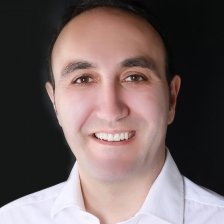 Emrah Gultekin (born 1973) is a Turkish – American entrepreneur. Between 2001-2009 he was best known for his development of logistics operations and logistics facilities in Turkey and Central Asia working for UTi Worldwide and Goodman Group. In 2009 he co-founded Plato School of Higher Education, an arts and design college in Istanbul and between 2009-2014 had a leading role in the re-development / re-generation process of Balat-Ayvansaray, a dilapidated historical district in the old city of Istanbul.

Since 2015 Emrah has been co-founder and CEO of Chooch Intelligence Technologies Co., a Silicon Valley, AI start-up.

You can find Emrah Gultekin speaking on...

10 things everyone should know about AI