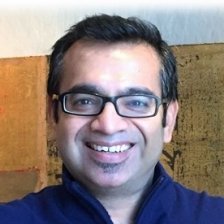 Jerry Gupta is a Senior Vice President at Swiss Re, one of the largest reinsurance companies in the world. He sits at the intersection of Business, Technology and Data, with cyber and AI being his current focus areas. Previously he was the Global Head of Program Management at Amazon. Prior to that Jerry helped launch the Innovation and Venture groups at Liberty Mutual Insurance. Jerry is a technologist and data scientist, experienced in finding Product-Market fit and developing user experiences that delight customers. He has launched new businesses both as an entrepreneur and within Fortune 100 setting. He has conducted due-diligence on transactions worth over $3B in aggregate value and has raised over $25M in private placements. In addition, he has been on the board of or an advisor to several start-ups in the US, India and Europe. Jerry has an MBA from MIT Sloan School of Management, and an MS in Data Science from Northwestern University. He also has an MS in Computer Sciences from Bentley University.