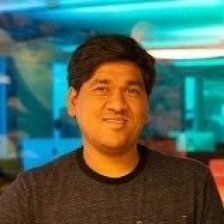 Mohit is the Head of Core Engineering (VP) at Grinder. Prior to this, he was the engineering lead for Yahoo Mail’s Android client, one of the largest consumer applications in the Yahoo ecosystem. During his more than ten years’ tenure at the company, he assumed different roles as a web developer, product manager and engineering manager, and received numerous recognitions by winning multiple hackathons and CEO Challenges. He was also the recipient of the prestigious Yahoo Super Star award in 2015 for his individual contributions and Master Inventor award in 2018 for an extensive number of patent filings, in numerous fields including accessibility. He shared his expertise and represented Yahoo at multiple conferences and publications, including CSUN Assistive Technology conference, one of the largest accessibility conferences in the world.

Earlier, he graduated from the University of Southern California (USC) with a Master’s of Science degree in Computer Science. His thesis emphasized on Game Theory and Human Behavior concepts as applied in real-world security games. What adds feather to his cap are Mohit’s poetic skills. Some of his works are part of the University of Southern California Libraries archive under the cover of The Lewis Carroll Collection. When not coding, Mohit spends his time exploring new cities, playing Cricket or developing strategies on winning his latest board game adventure.

You can find Mohit Goenka speaking on...