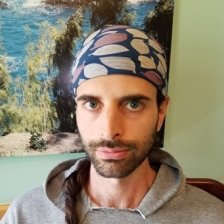 Ricky Vesel is a self-taught computer programmer with expertise in applying evolutionary algorithms and neural networks toward solving complex optimization problems.  A few years ago he founded Race Optimal, the world’s only successful endeavour to produce optimal paths around racetracks via machine learning.  Shortly thereafter he began working with Taber International, where he is currently active behind the scenes, enhancing the Griffin Toolkit’s AI capabilities, as well as in the field, implementing complex process automation systems that combine traditional automation methods with neural network-based AI.  As a self-styled ethical philosopher, Ricky takes particular interest in the ramifications of exponentially more powerful AI displacing human labor and eventually creativity, as well as governing our lives in ways both seen and unseen.  Ricky’s AI dream would be to utilize its potential to master the complex in order to create tools with the ability to contribute meaningfully to the everyday person’s quality of life without increasing screen addiction or furthering our dependence on oligarchical technology corporations.

You can find Ricky Vesel speaking on...