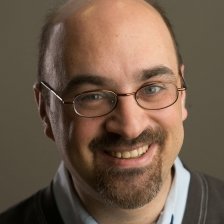 Ron is senior analyst and founder of the Artificial Intelligence-focused analyst and advisory firm Cognilytica, and is also the host of the AI Today podcast, SXSW Innovation Awards Judge, founder and operator of TechBreakfast demo format events, and an expert in AI, Machine Learning, Enterprise Architecture, venture capital, startup and entrepreneurial ecosystems, and more. Prior to founding Cognilytica, Ron founded and ran ZapThink, an industry analyst firm focused on Service-Oriented Architecture (SOA), Cloud Computing, Web Services, XML, & Enterprise Architecture, which was acquired by Dovel Technologies in August 2011. Ron is a Parallel Entrepreneur, having started and sold a number of successful companies. The companies Ron has started and run have collectively employed hundreds of people, raised over $60M in Venture funding and exits in the millions. Ron is founder and chief organizer of TechBreakfast – the largest monthly morning tech meetup in the nation with over 50,000 members and 3000+ attendees at the monthly events across the US including Baltimore, DC, NY, Boston, Austin, Silicon Valley, Philadelphia, Raleigh and more.

He was also founder and CEO at Bizelo, a SaaS company focused on small business apps, and was Founder and CTO of ChannelWave, an enterprise software company which raised $60M+ in VC funding and subsequently acquired by Click Commerce, a publicly traded company. Ron founded and was CEO of VirtuMall and VirtuFlex from 1994-1998, and hired the CEO before it merged with ChannelWave. Ron is a well-known expert in IT, Software-as-a-Service (SaaS), XML, Web Services, and Service-Oriented Architecture (SOA). He is well regarded as a startup marketing & sales adviser, and is currently mentor & investor in the TechStars seed stage investment program, where he has been involved since 2009. In addition, he is a judge of SXSW Interactive Awards and served on standards bodies such as RosettaNet, UDDI, and ebXML. Ron is the lead author of XML And Web Services Unleashed (SAMS 2002) and co-author of Service-Orient or Be Doomed (Wiley 2006) with Jason Bloomberg. Ron received a B.S. degree in Computer Science and Engineering from Massachusetts Institute of Technology (MIT) and MBA from Johns Hopkins University.

You can find Ronald Schmelzer speaking on...