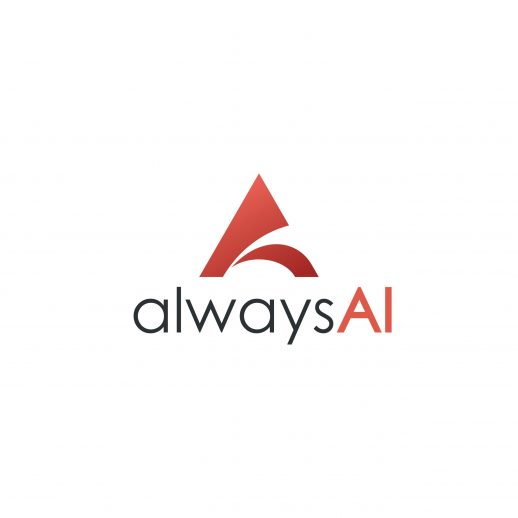 Welcomed more than 500 developers into its computer vision beta program in less than two months;

SAN DIEGO, Calif. – (November 13, 2019) – alwaysAI (www.alwaysai.co), a developer platform that fast-tracks the creation and deployment of computer vision apps on edge devices, today announced significant momentum following the close of its Series A funding earlier this year.  In addition to adding more than 500 developers to its beta program and expanding its corporate team, alwaysAI also formed two new partnerships for rapid computer vision prototype development and deepened its relationships with NVIDIA and Qualcomm Technologies, Inc.

“We’ve seen tremendous interest in our computer vision developer platform over the past several months which has led to some exciting partnerships, a successful beta program and the growth of our talented team,” said Marty Beard, co-founder and CEO of alwaysAI. “And through our collaborations with industry leaders like Qualcomm Technologies and NVIDIA, we are innovating new capabilities for our platform at an increasingly rapid pace, enabling even more developers to create and deploy groundbreaking computer vision applications.”

As the preferred computer vision platform of choice for productOps, a custom software solutions company, alwaysAI is being used to add computer vision capabilities to the company’s client projects. The first is a smart city application called CrossCount, which is a solar-powered trail counter that uses object detection and image classification to track trail usage for mountain bikers, hikers, equestrians, and wildlife, without the need for an Internet connection. Trail usage data is stored on the device and can then be uploaded to the CrossCount platform where land managers can use powerful BI tools to gain insights into trail usage and view predictive usage patterns. Trail users can then use the CrossCount mobile app to view predicted trail usage and plan the perfect outing.

“We decided to partner with alwaysAI due to their platform’s ability to enable the rapid creation and deployment of computer vision applications for our client projects,” said Bob Cagle, CEO of productOps.  “In addition, our experience in building robust back-end systems will be invaluable for alwaysAI’s clients looking to integrate computer vision and machine learning into a larger system.”

Seafloor Systems recently named alwaysAI as the preferred platform of choice for prototyping computer vision at the edge.  Known for its innovative application of hydrographic survey sensors and unmanned marine surface vehicle technology for the survey industry, Seafloor Systems will be using alwaysAI’s computer vision platform to develop object detection and collision avoidance apps for the company’s unmanned surface vehicles.

“We’re excited to be leveraging alwaysAI to quickly and easily create apps that allow us to add computer vision capabilities to our future fleet of autonomous marine surface drones, ensuring that they avoid collisions with marine life and other boats as they map and monitor the sea floor.” said John Tamplin, CEO of Seafloor Systems.

In October, alwaysAI demonstrated real-time object detection on the Qualcomm® Robotics RB3 platform. This powerful platform, based on the Qualcomm® SDA845 system-on-a-chip (SoC), enables the creation of high-performing computer vision applications on robots and other IoT devices. The two companies are also exploring collaboration opportunities to add features to the alwaysAI developer platform to serve the Qualcomm Technologies developer community.

After joining NVIDIA’s Inception accelerator program earlier this year, which provides access to leading AI computing technology and expertise, alwaysAI began deploying its computer vision software onto NVIDIA’s Jetson systems.  The combination of alwaysAI’s software and NVIDIA’s Jetson hardware will provide intelligent sight to devices that run autonomous machines, smart cities and other advanced computer vision applications, while maintaining a high performance. alwaysAI will be releasing this addition to its software in January, which can be accessed by joining the beta program at www.alwaysai.co/beta.

alwaysAI opened its beta program in September, and, in less than two months, it accepted more than 500 applications, underscoring the intense interest in this groundbreaking technology.  Among the many computer vision apps that beta users are currently developing on our platform are an app for community swimming pool safety which would potentially warn lifeguards and/or parents if a young child appears like they are struggling to swim, and a wearable set of glasses to translate visual images into audio to help visually-impaired people “see” the world.​

For more information about alwaysAI, to see our career opportunities or join the company’s beta program visit www.alwaysai.co.

alwaysAI’s (www.alwaysai.co) developer platform fast-tracks the creation and deployment of computer vision apps on edge devices. By working with many AI model framework technologies and endpoint environments, alwaysAI significantly accelerates the time it takes to get a computer vision app up and running. alwaysAI comes pre-loaded with a growing model catalog, starter apps, and core computer vision APIs (including object detection, tracking and counting; image classification, pose estimation, semantic segmentation, etc.) enabling the development of a wide range of computer vision applications. And given that these apps run from the edge device, untethered from the cloud, alwaysAI also helps reduce bandwidth, increases security, improves latency and saves on computation costs.   Based in San Diego, CA, alwaysAI is led by a team of technology veterans who are passionate about democratizing access to the power of computer vision.


Qualcomm is a trademark of Qualcomm Incorporated, registered in the United States and other countries.

Qualcomm Robotics RB3 Platform and Qualcomm SDA845 are products of Qualcomm Technologies, Inc. and/or its subsidiaries.

How Data Scientists are moving the needle as businesses scale.